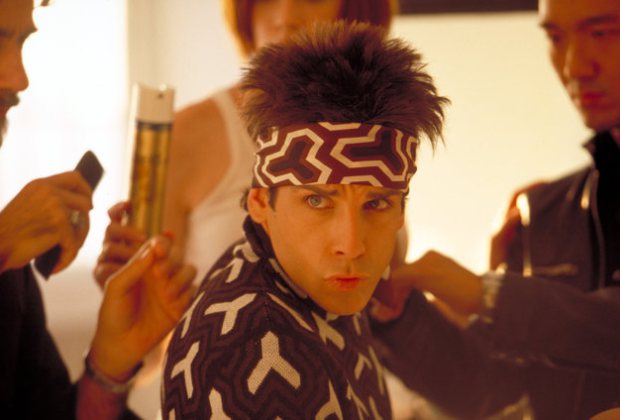 It’s amazing how often the Bechdel Test is reliant on gray areas, when the opposite is almost never the case. Within ten seconds, Zoolander joins the ranks of “comedy films that immediately pass the Reverse Bechdel Test”, with multiple men talking about a matter that has nothing to do with women.

And that’s not the only time. The movie passes the Reverse test again and again – almost every conversation is between men, about men, and only two female characters in the whole film have more than one line.

Sadly, this is typical for comedy films. Comedy is a man’s game – like most comedy films, Zoolander has exactly one main female character, filling the role of both love interest and straight man. Matilda (Christine Taylor) is the only character with half a brain, a smart and savvy journalist in a world of idiotic boy-men.

This is not to say the film is bad – it’s a comedy classic, that rare film that goes from ridiculous concept to ridiculous concept without ever wearing out its welcome. Comedically speaking, it all works – the script, the characters, the chemistry between Ben Stiller and Owen Wilson.

But it’s far from feminist.

The single conversation that qualifies for the Bechdel Test is two lines between Matilda and a female assassin. Throughout the film, the assassin has been making comments about Matilda’s “K-Mart” clothes- in the film’s climatic scene, Matilda informs her that her wardrobe is, in fact, from J.C. Penney’s.

Two lines. About clothes. It’s sad how often these films scrape by on a technicality – if two conversations were required, or a minimum of three lines of dialogue, or the exchange to go for fifteen seconds or more, this film would fail.

As it is, it passes. Just. When was the last time a film got this close to the line when the genders are flipped?

What’s more, throughout the film Jerry Stiller’s character Maury Ballstein harasses female employees. Not as part of a joke, not as part of the plot – his character is just “gropes women for no reason”. It’s never dealt with or criticized, and at the end of the film, Maury is the one who saves the day. Why is that in there? What purpose does it serve?

It doesn’t add anything to the movie, it’s just an excuse to use women as sexual props… again, not surprising for a comedy film.

(This article was originally posted on March 3rd, 2014 over at Illegitimate Theatre)