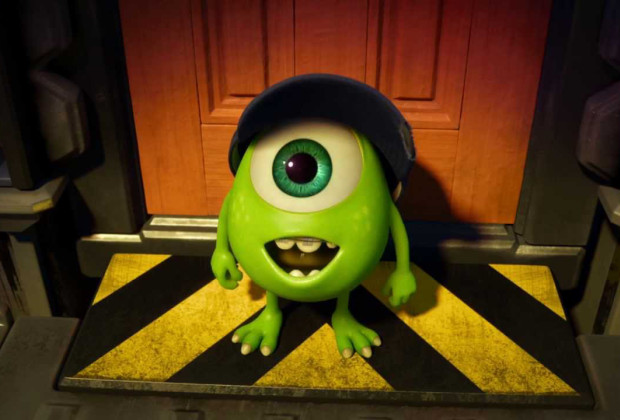 Monster’s University is the latest in a long line of Pixar films to fail the Bechdel Test (out of their 14-film catalogue, only A Bug’s Life, The Incredibles, Toy Story 3 and Brave pass). It’s obvious why – as a college flick, it’s about fraternities. When representing the college life, it would be unforgivable to ignore the fact that fraternities are all-male, right?

After all, it’s not as though there were any other facets of the college experience that they altered in this film about monsters learning how to travel through portals and scare children. It would just be stretching the audience’s suspension of disbelief too far if Oozma Kappa contained both men and women; we can believe a walking eyeball can be friends with a blue-and-purple sasquatch, but mixing some women into the group of unlikely heroes –  that would just be ridiculous.

The film passes only one of the Bechdel Tests – it contains more than one woman. Dean Hardscrabble (Hellen Mirren) is one of the film’s best characters, and “Scott’s mother”, Sheri Squibbles (Julia Sweeney) is responsible for two of the film’s best gags, but at no point do they exist in a scene together, let alone have a conversation.

No, unsurprisingly for Pixar, they wrote a bunch of male characters, gave one of them a mother, and then a few weeks before animation started, switched the dean’s gender to female, “to play things against type”.

As a result, the dean’s gender is almost completely irrelevant – which, in this context (she’s a legend of the monster world) actually gives a positive female role-model without making a song and dance out of the fact that yes, she’s female.

Female and a role model.

That in itself can be considered feminist; the film as a whole, however – focusing almost entirely on males interacting with other males – could have done so much better.

Gender aside (all you needed to do was put some women on the team!), Monster’s University is a standard Pixar film. It’s masterfully constructed, beautifully animated, with fun dialogue and strong characters. What’s more, it teaches lessons rarely seen in movies – it’s okay to fail, and not everyone can follow their dream.

Stand-alone, those messages sound depressing, but they managed to make it inspirational, an uplifting film deserving of a place in any collection.

It would just have been nice if there were some women in it.

(This article was originally posted on March 25th, 2014 over at Illegitimate Theatre)