Bechdel Test: Are We Officially Dating? 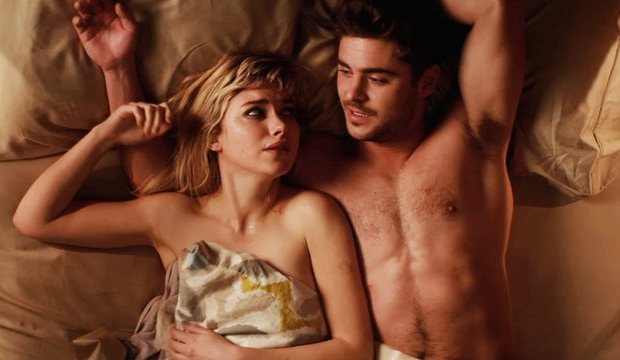 At the very start of the film, for just a few minutes, Are We Officially Dating? (That Awkward Moment in the US) threatens to be an interesting and unique movie.

Jason (Zac Efron) recently reads an article about ‘hipster hookers’ – sex workers who dress like ordinary women (as opposed to the strict prostitute uniform the rest presumably wear). After going home with Ellie (Imogen Poots), he wakes up to discover a box of condoms next to her bed, and an envelope of cash on her bedside table.

He freaks out and sneaks out, and engages in a lengthy conversation about the incident with his best friend Daniel (Miles Teller). The two conclude that by his actions, he’s essentially swindled her out of a night’s pay.

Ellie’s character introduction clearly signposts her role as the central love interest, and it doesn’t take long for the rest of the film to fall along similarly predictable tracks. It could have been a fascinating plot – someone entirely unfamiliar with sex workers, falling in love with one while struggling with her job, being forced to confront his morals and preconceptions, and realizing what an absolute bigot he was… instead, we get a by-the-numbers story of three young men having sex with women and falling in love.

The film never even questions the idea that a woman can charge for a night of sex, with absolutely no discussion of the topic beforehand. What’s more, every character accepts without hesitation that assuming a woman is a sex worker is the worst possible thing you can do to another person.

Even aside from this, the film is awful. It arguably passes the Bechdel Test with three lines of dialogue about clothing (a ploy to get one of the male characters laid) but the film is not only misogynistic, it’s misandrist as well. It seems to despise men, women, anyone over 30, sex workers, people in monogamous relationships, young people who play the field.

The characters are stereotypes, and it seems obvious that the movie was greenlit by someone who thought “texting” was a brand new development in dating that deserves to be explored on the big screen.

If you can sit through the film’s flaws (which are numerous and constant), you’ll find some genuinely funny moments and a surprisingly sweet relationship between two side characters. But is it worth your time?

No. Not even close.

(This article was originally posted on April 24th, 2014 over at Illegitimate Theatre)