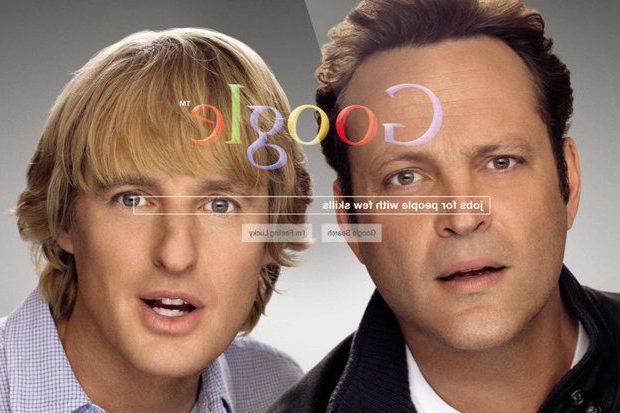 The Internship passes the Reverse Bechdel Test in the first scene. Unsurprising, considering the two central characters (played by Vince Vaughn and Owen Wilson) are male. The rest of the film, however, doesn’t have such a handy excuse.

Just to get it out of the way: The Internship doesn’t pass the Bechdel Test. It doesn’t even get close. More than one (named) female character exist, but only twice does they speak to another – the first time it’s two lines about the central (male) characters, the second time it’s a single line about stripping. Neither time could it be considered a conversation.

Set at a tech company, it makes sense that the film’s cast would be male-dominated… except since the film is essentially nothing but a long Google ad, they make sure to fill each shot with women: extras. Any time there’s a group shot, it’s half female – they just don’t get lines.

Neha (Tiya Sircar), as the token woman, gets the most screen-time. In her introduction, she’s revealed as being a nerd who’s heavily into kink, one who apparently doesn’t understand when it’s appropriate to talk about her choking fetish. Later in the film, in an attempt to imitate character development, the film reveals she’s a virgin (and thus afraid of sex) – until a night out at a strip club “cures” her. The last we see of her, she’s in a relationship with another member of the team, despite not even a single hint of this development until it occurs.

The other women are just as well fleshed-out.

There’s the love interest (who spends half the film rejecting Vaughn, before inexplicably falling for him), the heart-of-gold stripper who exists as an achievement to be won, and… that’s it. The film manages to show more than a dozen breasts in the strip club scene, but adding a female character with personality was apparently beyond them.

But you’ll be pleased to hear this comedy film isn’t just a failure as a feminist movie: it’s also a failure as both a comedy and a film. It should be hard to find something worse than the movie’s abysmal treatment of women, but every scene offers solid candidates. The comedy relies entirely on the unfunny banter between Vaughn and Wilson, the plot is formulaic, the characters are stereotyped, and the premise is 8 years late.

This one’s a solid “don’t bother”, which is probably why you didn’t.

(This article was originally posted February 23rd, 2014 at Illegitimate Theatre)