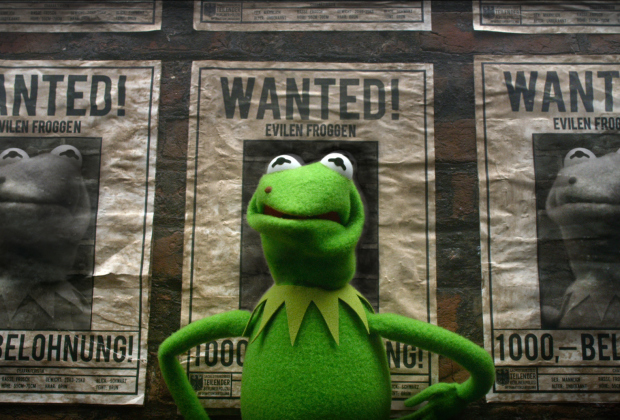 When viewed from a feminist perspective, Muppets Most Wanted brings up two interesting questions:

Opinions will obviously vary from person to person, but as far as this column is concerned: Yes, to both questions.

If you want to discount women played by men, why not do the same to female characters in novels written by men? It’s a tricky area, but Miss Piggy is a woman, through and through (she was a huge feminist icon for a while). Similarly, Linda and Tina Belcher (of Bob’s Burgers) are strong and compelling female characters – they just happen to be voiced by men.

(Bart Simpson is played by a woman, but no one is claiming he’s not a male.)

And in answer to the second question: hell, if Winnie the Pooh could switch Christopher Robin out for Darby, the Muppets could certainly do something similar. There’s been a new Muppet introduced in each of their last two movies – did they both have to be male? In one of Muppet’s Most Wanted’s funniest lines, they even lampshade the fact that they’ve moved a few characters out of the limelight for the new films – why not do so again, and this time actually include some female characters in the line-up?

Of the dozen or so central Muppets, the only female character in Muppets Most Wanted is Miss Piggy – and out of the three main human roles, Tina Fey is the only woman. By 2014’s standards, that’s abysmal, and the two never even have a conversation. In contrast, the Reverse Bechdel Test is passed in almost every conversation in the film.

Bechdel Test failures aside, the movie is delightful. It’s not quite as strong as the previous Muppets film was, but it’s just as fun – the songs are hilarious, the plot is appropriately ridiculous, and everything about the film showcases the Muppets at their best – celebrity cameos, stupid puns, and (if that’s your thing) fun, strong puppetry.

Whether you’re four or 104, the movie is definitely worth seeing, and if you’re a Muppet fan, doubly so.

But wouldn’t it be nice to be surprised?

(This article was originally posted on April 29th, 2014 over at Illegitimate Theatre)