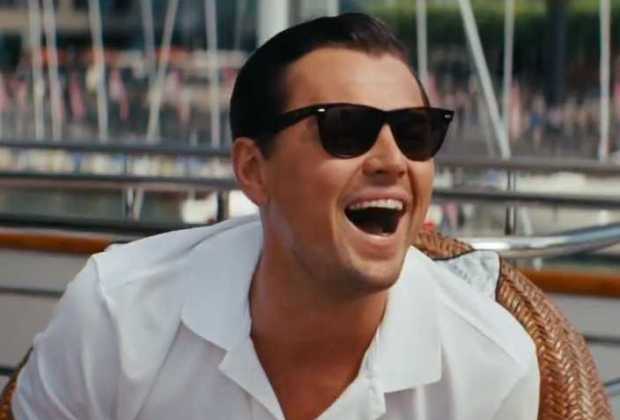 Martin Scorcese is a genius.

No matter what the genre, when he turns his hand to making a new film, the result is either a masterpiece or something very close to it. Whether attempting a children’s film (Hugo), a historical piece (Gangs of New York), a biopic (The Aviator) or the crime films that he built his career on (Mean Streets, Goodfellas, The Departed), whatever Scorcese directs is going to be watched – and loved – by millions.

The vast majority of his films, however, fail the Bechdel test at step two – two female characters having a conversation.

Scorcese’s films are about men doing men things with other men, and woman typically exist for only one reason: to be wanted by men. Their plots and needs revolve entirely around the men in their lives, and even the more interesting female characters (such as Cate Blanchett’s portrayal of Katharine Hepburn) are rarely given anything more to do than be wooed by men, or (occasionally) stand in their way.

The films may be magnificent, but they’re far from feminist.

The Wolf of Wall Street is based on the real-life exploits of Jordan Belfort, who spent the 90’s swindling everyone he possibly could. The film takes an oddly unsympathetic look at Belfort (Leonardo DiCaprio) – at no point does he try to excuse his actions. Speaking directly to the camera, he explains exactly how wicked his deeds are, how little he cared, and how badly he treated everyone in his life.

Jordan Belfort’s actions are abominable. Throughout the course of the film, he scams innocent people out of millions – perhaps billions – of dollars, cheats on his wives, takes many thousands of dollars worth of drugs, flies (and almost crashes) a helicopter while high, tosses midgets, takes more than a hundred sex workers away with him on his honeymoon, attempts to bribe an FBI officer, punches his wife in the stomach, and in the film’s most disturbing scene, rapes her.

As well as this, the movie makes sure to emphasize his good points: he refuses to turn his friends over to the FBI… at least at first.

Oh, and he’s a confident speaker.

Despite this, it’s hard not to empathize with the main character of any film. Perhaps this is what Scorcese was trying to explore – how abhorrent do you need to make a protagonist before the audience stops rooting for them? As Breaking Bad has shown, it’s difficult to find that limit – even by the last season, many were still on Walter White’s side, even when his actions had moved away from shades-of-gray morality, and become undeniably evil.

But does the film pass the Bechdel Test?

No. Of course it doesn’t. Every woman in this film exists as either an object to lust after, an obstacle to overcome, or – in one case – both. They have no plot lines that don’t involve sex with men, motherhood, or being cheated on, and while a friendship is shown between two of the women, we never actually see them having a conversation. The film is a study of a man who should be listed as one of history’s greatest villains, an unapologetic scumbag who brings down the lives of everyone he knows, just to line his own pockets while he gets high and screws everything that moves.

There is more than one (named) female character, but when they do converse, it’s exclusively about men.

Fans of the film have claimed that the characters are misogynist, not the film. And it would be easy to agree with that, if the film didn’t delight on showing us naked women, women in lingerie, women in various states of undress being screwed and having their boobs honked… without bothering to give any of them more than a two-dimensional personality, or a plot of their own. It’s by far the least feminist film you’ll see this year.

Jordan Belfort is a real man – one who got paid a million dollars for writing the book, and another million to have it optioned as a film. And while he’s supposed to give 50% of his profits as restitution to his victims (and claims to be giving 100% of his memoir’s profits), the American government have reported that he’s… not.

If you can separate Belfort’s real-life atrocities from the film, and ignore the appalling way that he (and the movie) treat women, then the film is fantastic. It’s funny – far funnier than you’d expect from a Scorcese offering – and full of memorable lines, scenes, and characters. The chemistry between the actors is incredible, the script is polished and even though it goes for almost three hours, it never drags.

It’s up for five Oscars, and will win at least a few. It’s a film that will leave you thinking, and (due to its real-life ties) questioning your decision to give it money in the first place.